Nearly a year ago, I wrote a post on this blog urging librarians to take information literacy outside the walls of the library and into the world of social media, where misinformation and outright falsehoods – which may be gathered under the now-skunked term “fake news” – run rampant. The ability to distinguish good information from bad is a solution to the problem of fake news that must be adopted by the individual user. Another solution would be to attempt to police those who originate the fake news. Yet another would look into the medium through which fake news is disseminated – the social media networks themselves.

Neil Postman wrote, “Nothing is more obvious than that a new technology changes the structure of our discourse.” [51] The printing press, the radio, and the television all irreversibly changed the ways in which we communicate, how we understand truth, authority, and credibility. The people who lived through those changes had to adapt to the new conditions, to find new standards for establishing truth and new norms for acknowledging authority and credibility. Social media has brought us into the midst of a new discourse-changing moment. If we are going to adapt, we must understand how this new medium is affecting our discourse.

It seems appropriate to focus on Facebook, since it has the greatest number of users, 68% of whom get news on the site. Facebook gives each of us an unprecedentedly enormous platform for sharing our thoughts, for gaining insight into the lives of others, and for joining in a truly global community. No two people use the platform in the same way, but we may draw out some common features of social media discourse based on the structure of the platform.

To begin with, when you post something to Facebook, you are addressing an audience larger and more varied than any you would otherwise generally address. Your Facebook friends likely vary by background, belief, and degree and type of relationship to you. This will have an effect on how and what you post – unless it does not. A certain number of people either do not care about what their audience thinks or feels or have deluded themselves into thinking that all of their friends think the same way they do. Other people, confronted with the possibility of sharing thoughts or experiences with casual acquaintances or professional colleagues, will simply refrain from posting anything personal or political to Facebook. Finally, others will so carefully calibrate their Facebook posts that they achieve the non-offensive pabulum of a practiced politician.

Of course, posting is not the sole means of communicating on Facebook. You can also comment on others’ posts or like or “react” to posts. That communicates to the poster that you are engaged with his or her ideas or empathize with the thoughts or feelings expressed in the post. This can also communicate certain things to your other friends, as occasionally something that you like will pop up in your other friends’ Newsfeeds – even if they are not friends of the person whose post you originally liked. This means that posts that strike an emotional chord or generate a great deal of debate will receive a signal boost. This amplification of emotional or provocative posts clearly privileges some voices over others and, together with the happy-chemical kick that comes from someone liking, reacting, or commenting on your posts, incentivizes the proliferation of these types of content as well. 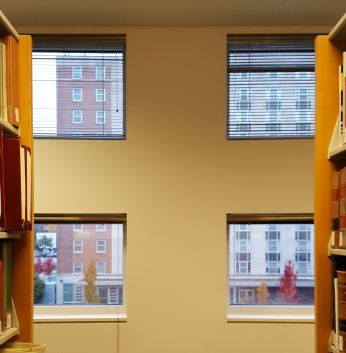 Finally, although Facebook would like to pretend that it provides the platform for a global community, it has in many ways provides a more fragmented experience of the world. Not only do no two people use the platform the same way, but no two Newsfeeds are the same. Not only is your Facebook world limited to those people with whom you are friends, but those people who are your friends do not even experience the same Facebook you do. In a way, this is no different than the idea that no one else experiences the world exactly the same way you do. But precisely this analogy gives the lie to the idea that Facebook operates as any sort of community or public sphere. If anything, it only allows us to retreat further into our own heads, surrounded by shadows of our family, friends, colleagues, and others, each as fragmented as our own.

The discussions we have on Facebook are equally fragmented, the interlocutors limited to only those in your social circle or your friends’, the opportunities for agreement sabotaged by provocative and emotionally-charged posts, and the articulation of positions mangled by self-censorship and self-admiration. Facebook is simply not designed to promote rational, civic-minded discourse.

That is not to say that Facebook cannot be changed in order to accommodate this sort of discourse, nor that we cannot ourselves adapt to the space of discourse that Facebook offers. Information literacy is merely one piece of this puzzle. As Margaret Ambrose noted in another RIPS post, librarians must go beyond information literacy instruction to form a better understanding of “how information is consumed and accessed in this new paradigm.”

Many have re-purposed Winston Churchill’s quip on how “we shape our buildings and afterwards our buildings shape us” to apply to technology as well as architecture. We should actively work to develop an awareness of how our technology shapes us and, when the resulting forms appear disturbing and dangerous, work to re-shape that technology to better suit the world we hope to create.